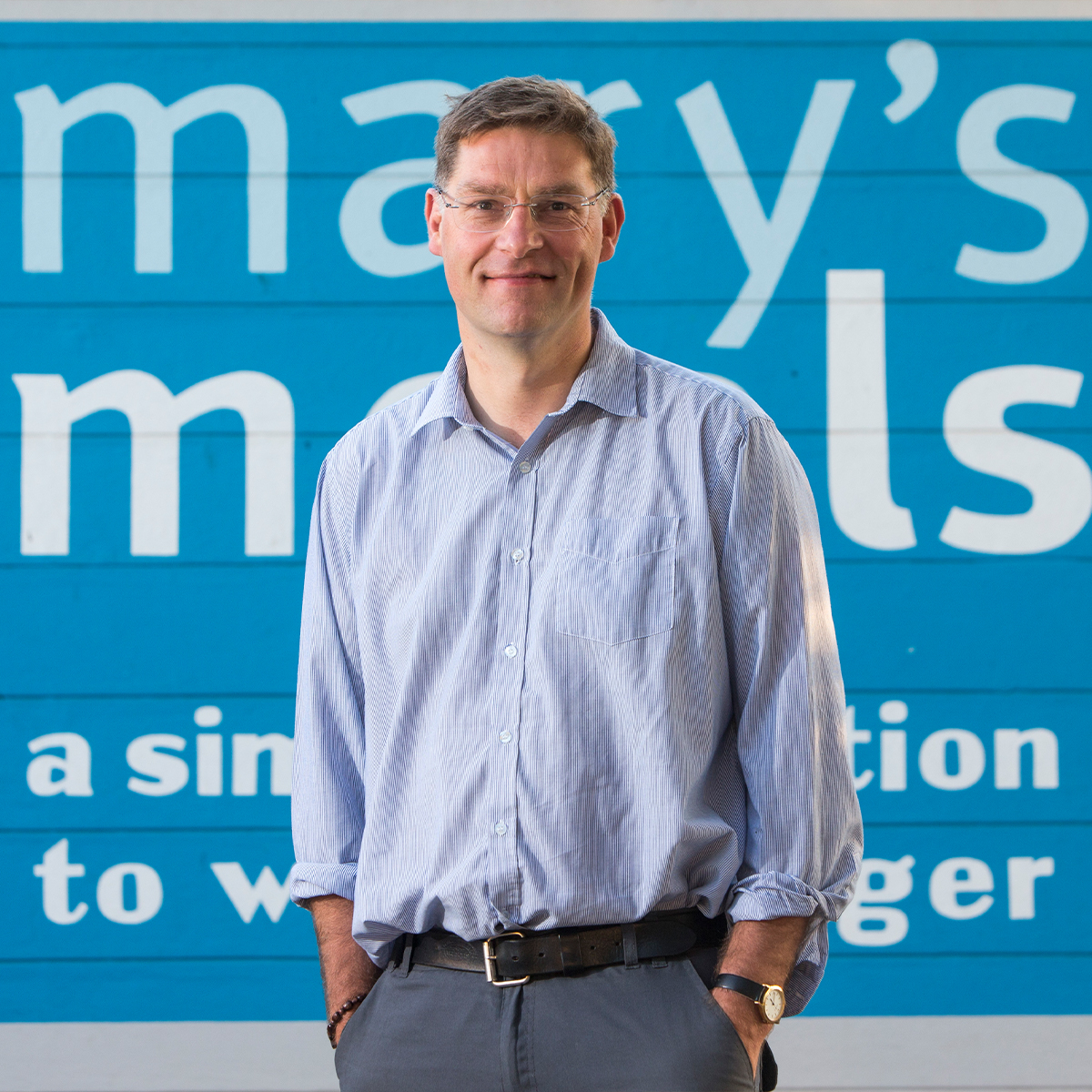 Did you miss out on our very first ‘in conversation with’ event?

Magnus MacFarlane-Barrow joined us over Zoom to discuss his pathway to Mary’s Meals, a charity which feeds 1.6 million of the world’s poorest children in schools around the world every day, as well as global hunger with food security expert and Be One Percent chair Professor Bob Doherty.

You can watch the full fascinating discussion below. 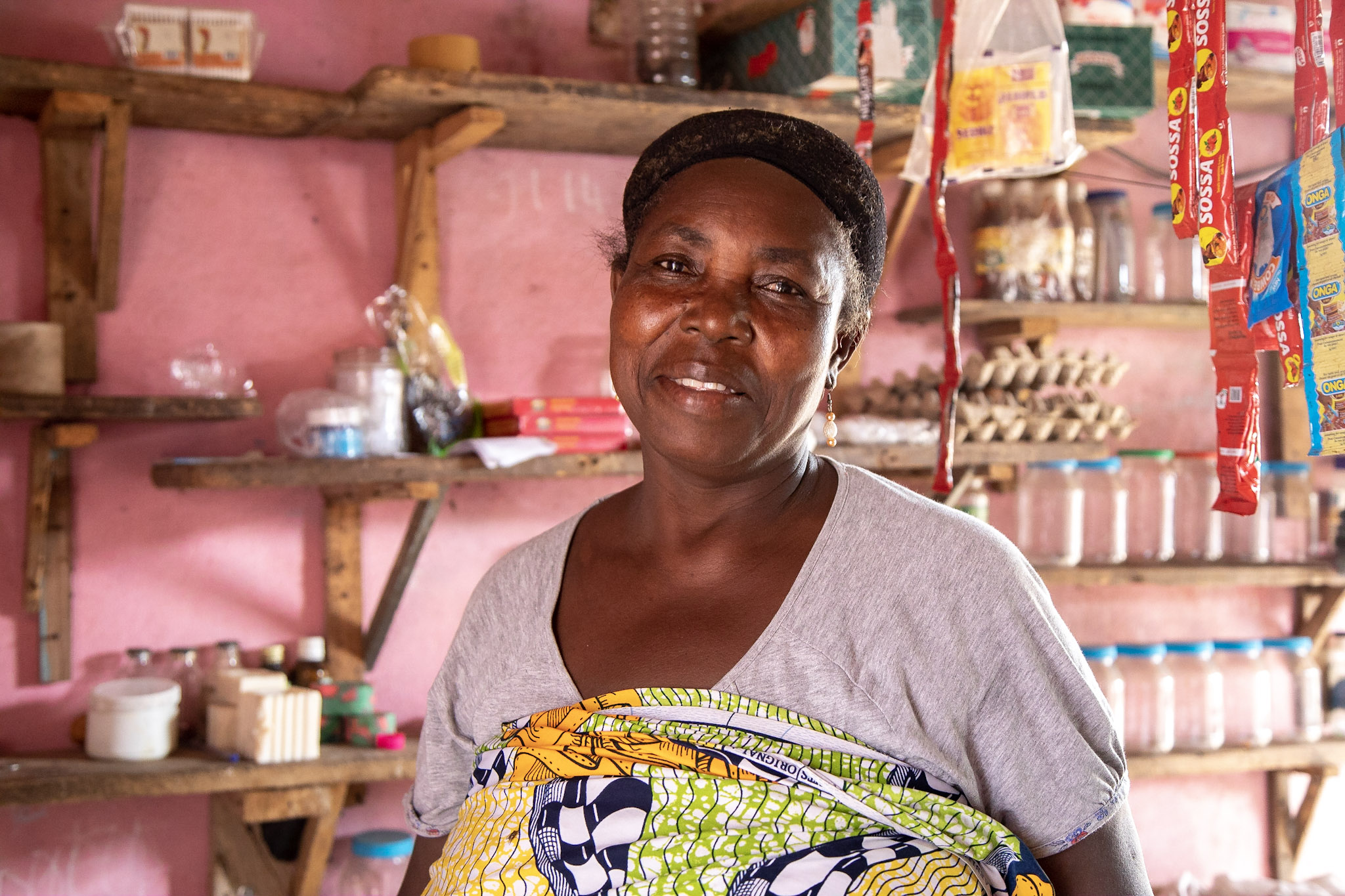 We know you are sick of ‘Black Friday’ and ‘Cyber Monday’, but we couldn’t miss the opportunity to remind you that by shopping through easyfundraising you can be earning money for Be One Percent projects at no extra cost to you.

There’s no catch, simply sign up for free and we’ll receive a donation every time you shop at one of the 3,000 registered sites, including Amazon, thetrainline, John Lewis and Sainsbury’s!

1. Head to https://www.easyfundraising.org.uk/causes/beonepercent/ and join for free.
2. Every time you shop online, go to easyfundraising first to find the site you want and start shopping.
3. After you’ve checked out, that retailer will make a donation to us for no extra cost whatsoever!

Give it a go and we promise you’ll be hooked. Every single penny we receive will go towards helping the world’s poorest people. 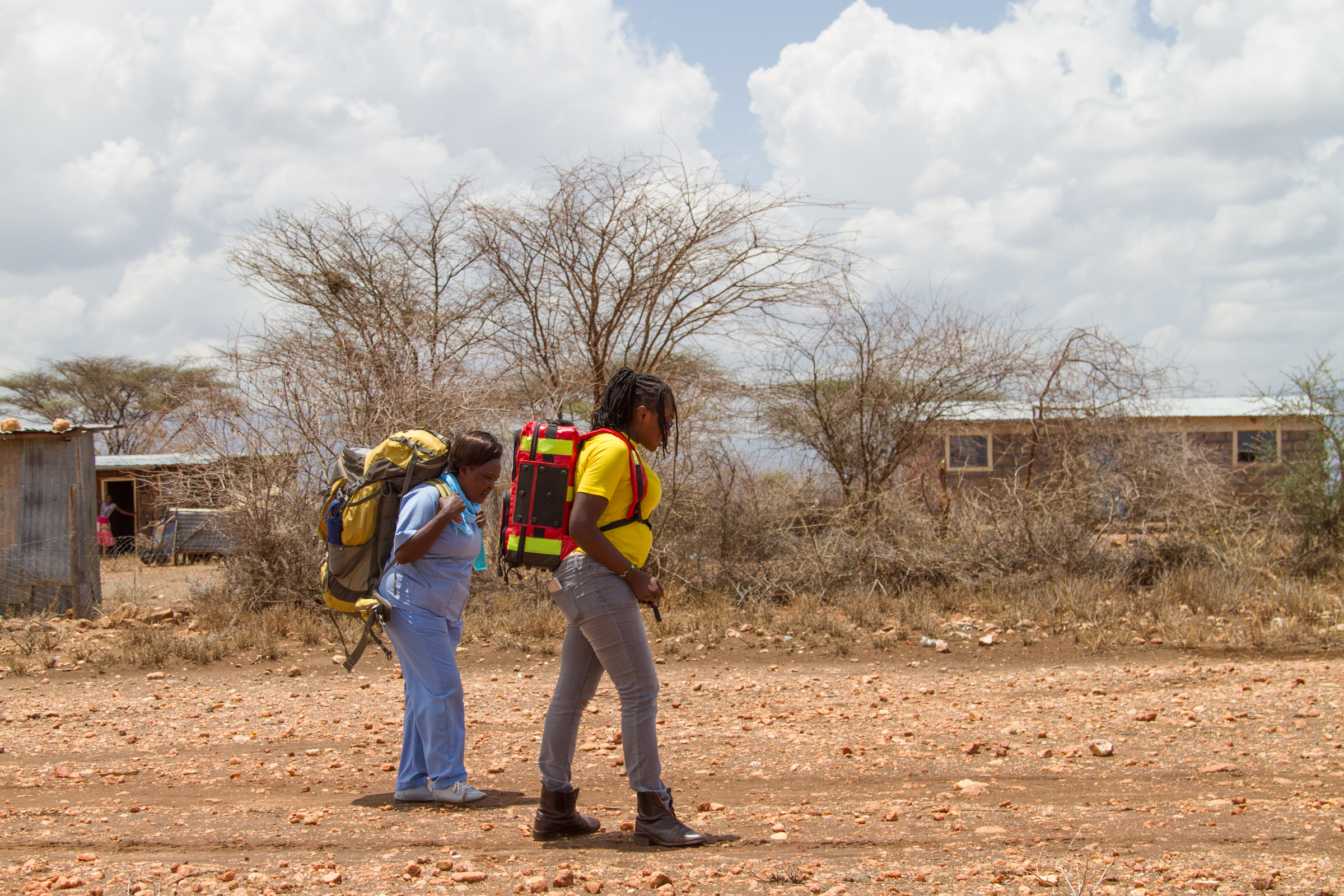 The uncertainty of the past six months has affected us all in different ways. We noticed a slight drop in donations from August, so have made the decision to top-up any grants which fall below £6,500 with funds accrued from our businesses sponsors. We’re tightening our belt even further for the rest of the financial year so the people in the world’s poorest communities who we work with don’t have to.

We’re also being flexible with our calendar, working with our partners to adapt any projects which may need to be changed due to the pandemic.

We remind our members that they can adjust their donation at any time by contacting us if they find their circumstances have changed. 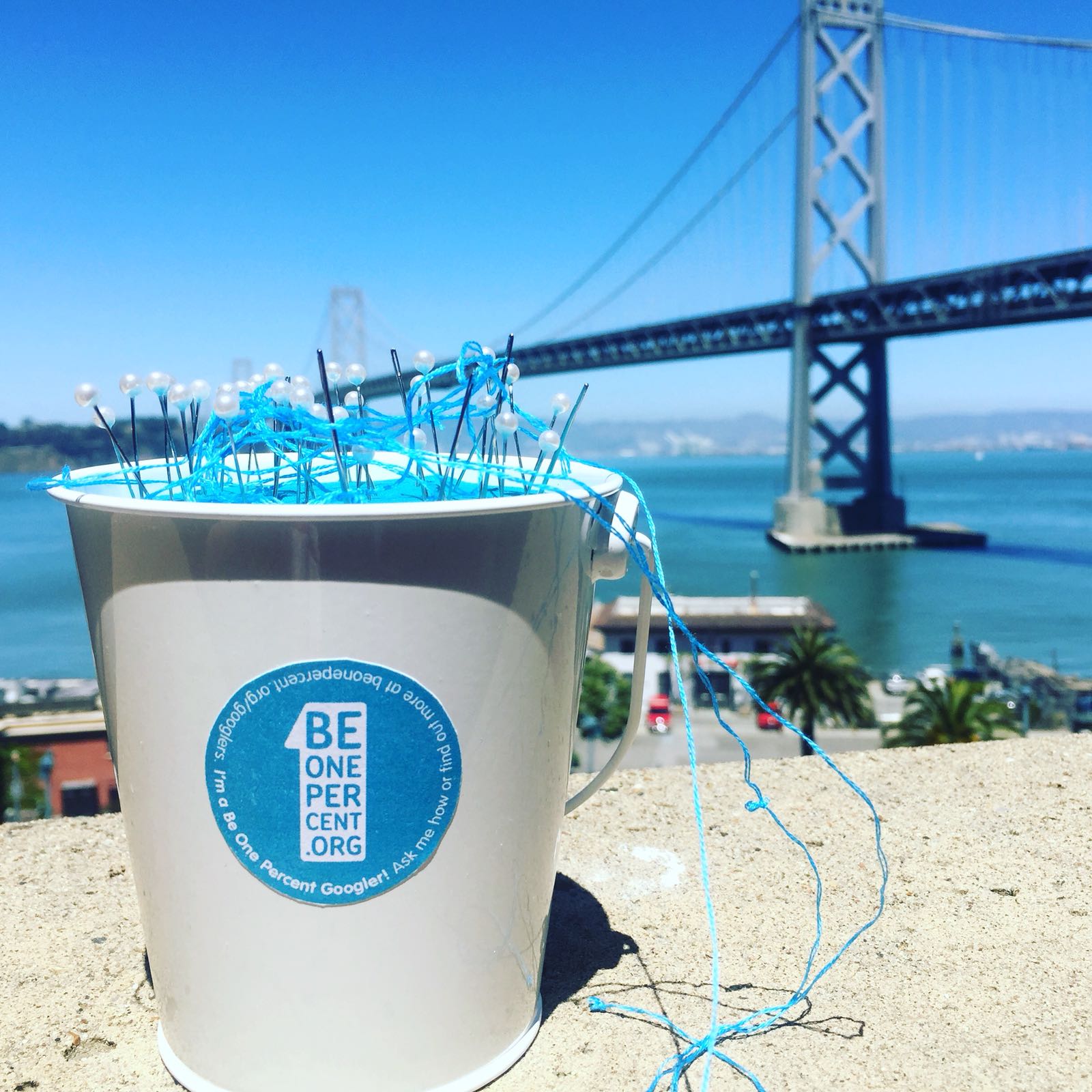 It’s not every day that Google invites you to its worldwide headquarters, so when Be One Percent were asked to be part of Google Serve month we gratefully accepted. Every June, Googlers (Google employees) all around the globe are encouraged to spend some of their working hours away from their desks, volunteering with charities.

We used the opportunity to pick the brains of Google’s employees and engage them in helping us promote our giving revolution. In five days working across Googleplex, San Francisco and Mountain View campuses we spoke with hundreds of Googlers and benefitted from their time, ideas and skills. We also set up a mindful craftivism activity to give them a moment to relax while learning about what we do. Many Googlers asked about the kinds of people our work is helping, how we know our partner charities are effective, and introduced us to some closer colleagues in London and Dublin to expand our growing network.

One of the Vice Presidents agreed to meet and shared some of her ideas; she also donated to Be One Percent after discovering the impact of our projects and encouraged her colleagues to do the same!

It was a pleasure to be invited and an exciting week’s start to our relationship with Google. We’ve had the chance to connect with some passionate and talented people who have volunteered to keep working with us to help us change and save even more lives. Google are committed to giving Be One Percent $10 for every hour a Googler spends working with us – even more malaria nets, clean water, education, opticians and mirco-loans (to name just a few)!

Thanks, Googlers! We’re delighted to be working with you. 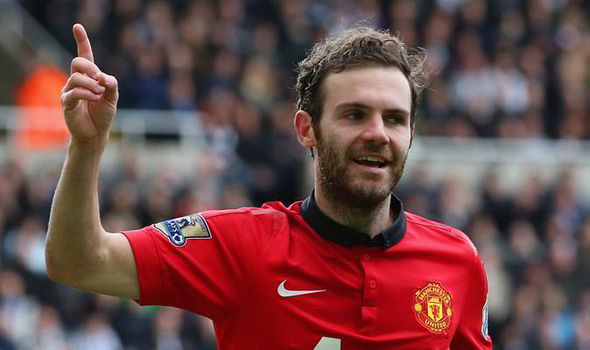 The Man United and Spanish footballer, Juan Mata, has pledged 1% to social projects, with the ultimate goal that 1% of everything football generates could go to a central fund to change tens of thousands of lives.

This idea is not new to us here at Be One Percent, because we’ve being doing exactly that for over 5 years now!

Mata’s ambition is not only exciting and potentially transformational for thousands, but it highlights the power of collective giving. As a small network of 211 regular givers we’ve now given over £350,000 to poverty alleviation projects. Imagine what could be raised and achieved if 211 footballers did the same!

At 1%HQ we’ve been joking that he stole our idea! But actually it just reinforces the desire for people from all walks of life to try and find a way to bring change for those who need it.

Criticism to Mata has come from a number of sides; don’t these sports personalities already give to charities? Yes many do, but we know that giving proportionally is efficient and effective. How many will be giving as much as 1%?

The fact is that often the richest in society give the least to charity, and some have argued that 1% is too little for someone of such high net earnings. But similarly to Be One Percent, this can be a fantastic starting point for many and it can be one of many things people give to. 1% to fight poverty is something that many people can adopt (you don’t need to be a footballer or multi-millionaire) and it doesn’t have to be the only thing you give to.

We wish Juan the very best of luck in his endeavours to encourage giving in others, and we will continue to do the same one person and 1% at a time. The impact we make is phenomenal and can be deeply important for the people our donations help.

Join Juan, and us, in a giving revolution.

Team Be One Percent.

You don’t need to be a footballer to give 1% of your income to fight poverty. To Be One Percent is easy. We fundraise for our running costs separately so every penny of your 1% goes to projects. Each month our collective 1%Pot goes to a specific grant and cause and we send our Members an email explaining what their 1% has achieved. The impact is incredible. Join us!